How to Conquer the Cloud Journey with Data Fabric

The Facts on Machine Learning

What’s in a Name: The Difference Between Artificial Intelligence, Machine Learning and Deep Learning in Cybersecurity

May 11, 2017 no comments in Cybersecurity, Experts Blog

What’s in a Name: The Difference Between Artificial Intelligence, Machine Learning and Deep Learning in Cybersecurity 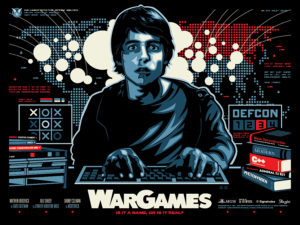 Artificial Intelligence (AI) has been around for years. The idea became known through movies, and the first movie that left a memory of AI was War Games in 1983. This movie scared people with the thought of computers controlling global thermonuclear war. The computer was called the WAPR (pronounced whooper). It was not an evil machine or good machine, it just followed its programming. The following year, The Terminator hit theaters. An evil computer took over the world and sent back robots to kill the resistance leaders. Many others followed, most not so dark.

AI used to be the idea of a computer with a brain, but over the years, it has lost its meaning. Although that definition is a poor one, it is still relevant to the broad technology industry today. AI is programmed by humans. When someone plays chess against AI, all possible moves are programmed into the game; it simply reacts to the human player’s move.

Machine Learning takes a computer-enabled algorithm data set and finds patterns in the data. For example, the moves for a chess game can be loaded into the computer, and the machine will find the best way to play the game. Thus, no programming is required by a human beyond loading a data set. Right now, most cybersecurity products out there utilize the Machine Learning verbiage.

Deep Learning is a branch of Machine Learning, generating information from numerous layers of data processing. The technology is modeled from the brain. When new data is introduced, its capabilities get better. Examples of effective applications include image recognition, language translation or email security.

The Last Best Hope for Cybersecurity

AI is generally thought of as the overarching umbrella encompassing Machine Learning and Deep Learning, and this growing field has been coined as the “last best hope” for cybersecurity. Unfortunately, it is the best hope for cybercriminals as well. The advantage of cybercriminals is simply the fact that no rigorous testing has to be performed. Given this, the commercial markets must be careful to properly vet their product against cybercriminals for legal reasons when they release a product.

The AI movement has been one of the most effective in stopping the new threats that are developing. As the threats increase, the market changes and cybercriminals become more advanced in their attacks, applications that use AI will become critical for organizations to employ.

As the lead for cStor technology and engineering, Pete researches new and emerging technology to ensure that his team is at the forefront of technology trends and best practices so that they can deliver the best possible technological solutions to cStor customers. He brings an extensive background in information technology, customer service, and professional services and is known for delivering second-to-none customer experiences—a philosophy that is directly attributable to cStor’s long-standing success and reputation.